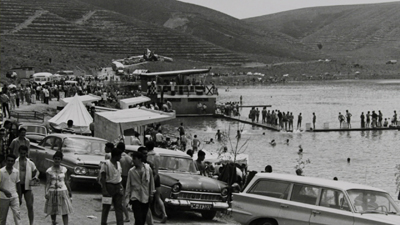 Eymir Lake was an unwooded area at the beginning of 60s. After the Middle East Technical University (METU) was founded, students, academicians and local people started to plant trees then regenerated, bloomed this area. Reforestation efforts was awarded world famous Aga Khan Award for Architecture in 1995. However, at the same time interest groups realized unearned income potential of this area. METU is accused that lake is closed to community and polluted. In recent years, this debate has increased steadily. Today, some politicians argue that lake need to be taken from METU by citing renewed laws. At the same time skyscrapers rising and construction of new buildings continues apace around the lake. “Eymir” documentary tells the story of reforestation and regeneration of Eymir Lake and ask questions about construction threat around this lake.

Yasin Semiz was born in Istanbul in 1986. He completed his primary and secondary education in Izmir. He shot his first short film, “Yeni Hayat-Bir Şehir Masalı”, in 2011.